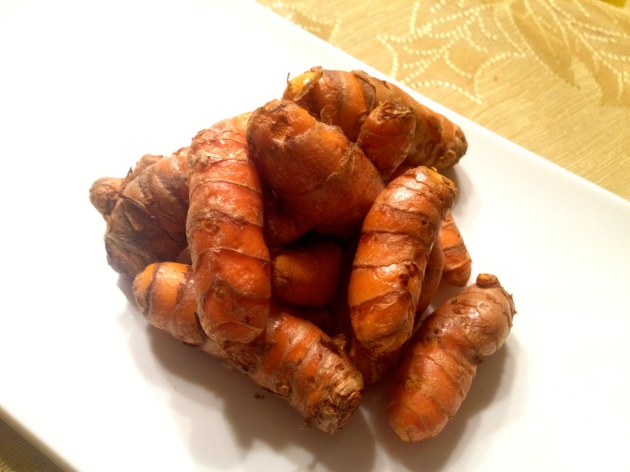 Turmeric, turmeric, turmeric (haldi or hadur)… all the rage now! Everyone wants to talk about turmeric. And why not, there have been loads of evidence-based research that turmeric contains curcumin (not cumin) believed to be a cancer-fighting component.  And it is a powerful anti-inflammatory too, amongst others. 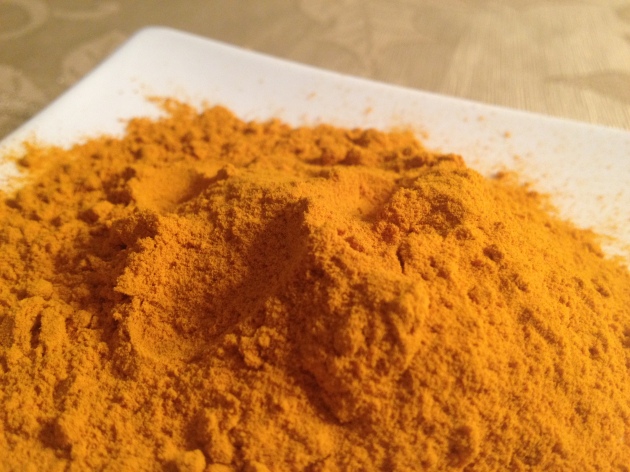 Turmeric has been used in Indian cooking for ages. It is a bright yellow spice, primarily used to add vibrant color to the curries and rice dishes it anoints. Turmeric is simply and commonly known as poor man’s saffron in lieu of its color.  As for the taste, turmeric has a slightly astringent and bitter taste that helps balance out the flavors in curries. 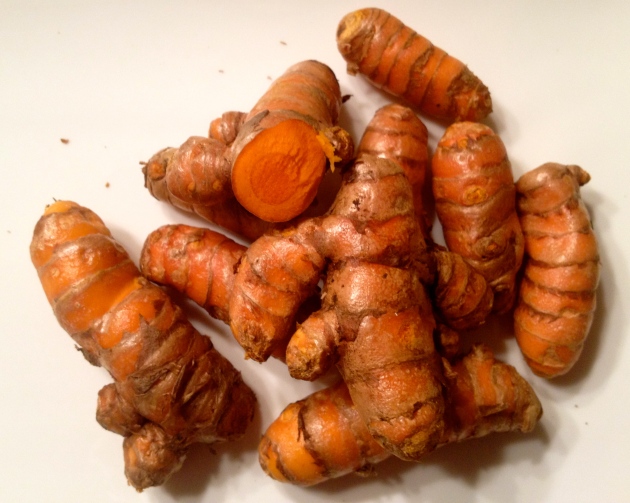 Turmeric in its raw form

Turmeric comes from the rhizome family. In its raw unadulterated form looks nobly and almost bug like, and a tad bit leaner and less spicy that its cousin, the ginger root. They are several varieties of turmeric and they do vary slightly in appearance.  The fresh turmeric root, is ultimately boiled to tenderize it because its very tough, then dried and finely ground into the bright yellow powder that we are so familiar with. 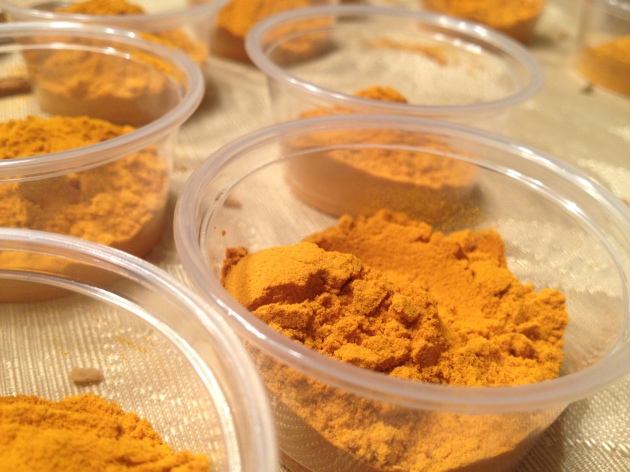 The flesh of the turmeric root is a rather vibrant orange.  I would caution you when using this colorful root, if it does smear onto your clothes and fingers, it will be a while before it washes off.  Raw turmeric root pairs well with fresh ginger and limes in a pickle, although recipes vary from one family to another. 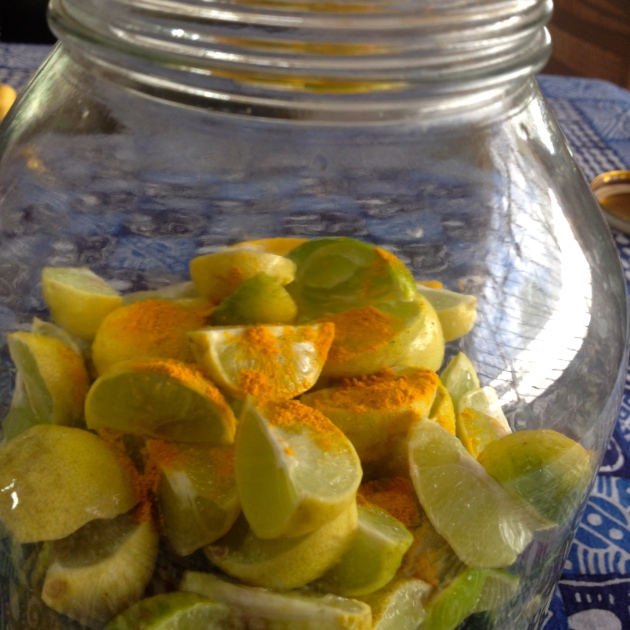 Limes ready to be pickled are anointed with ground turmeric. Fresh turmeric can be added at this stage too.

Here are a couple of recipes from For The Love of Ghee that have turmeric as an ingredient.  The taste of the turmeric changes depending on the cooking technique used to bring out its flavor.

In my chicken curry recipe, turmeric is layered amongst other spices and steamed to bring out a subtle flavor.  Where as, in the Moong Dhaar recipe, the turmeric is added directly to the hot oil to bring out a more intense flavor.  My Mum adds slices of the fresh turmeric root to lime pickle. These little orange discs taste a tad bit more pungent that the powdered form and leave a bit of a zing on the tongue when eaten (recipe in a future post).

Another popular recipe on For The Love of Ghee is Dhaar With Vegetables  – (Lentil and Vegetable Curry) and you are going to love the story about my Naanima on this post.

So there you have it, my first post for My Spice Cupboard!

8 thoughts on “Turmeric in My Spice Cupboard”

Please, For the Love Of Ghee, let me know what you think! Cancel reply

Search for a recipe